Weight loss is and always will be a topic that is very dear to my heart.  This is because at my ‘peak’, I weighed 92kg (!!).  For a man that’s 1.75m tall, that gave me a Body Mass Index of 30kg/m2 putting me in the obese category.  Nobody wants to hear they’re ‘obese’ and nobody wants to look into the mirror and see that they’re obese.  Nonetheless it wasn’t the labelling that made me finally decide to lose the weight seeing as i was already quite used to the fat jokes by then.  It was just a decision that I made towards the end of 2013 that I wanted to be around for my wife and 2 boys for as long as possible.  I wanted to live forever with them and for them; so I made a conscious resolution to start by losing weight.

Honestly it wasn’t the first time I had told myself I wanted to lose weight but this time something felt different.  It’s really like a switch went off in my head and I knew I was willing to do what it took.  Being a family physician at the time, I knew exactly what I needed to do and how to do it to lose the excess weight – diet and exercise! That was something I had advised to numerous patients on numerous occasions over the years.  Truthfully, easier said than done.  Telling somebody who likes to eat to cut down on his food is like telling a smoker to cut down on his cigarettes.  Eating is a lifestyle, almost an addiction.  Actually it’s even more difficult to cut down on overeating than smoking because everyone has to eat; it’s just knowing and complying with what and how much you can eat.  You can’t just go cold turkey. 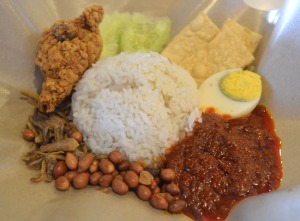 For me, lunch part (a) used to be a big plate of economy rice followed by lunch part (b): likely another plate of carbs just because lunch part (a) never felt enough.  That’s right, I would frequently eat two full servings of lunch previously! It would now be a bowl of Special K Red Berries cereal in milk with a serving of fresh fruit in place of my regular hawker/coffee shop fare.  No snacking in between meals.  Dinner would be the same delicious home cooked food I normally take, just with slightly less rice.  And no supper (unless it’s a fruit).  Doing that for the first week is tough.  Doing that for the first month is very tough.  Doing that for almost a year is almost impossible.  I did it and actually found my wife to be my biggest supporter during that time.  I love my colleagues and friends but nobody is going to be very kind to you when they see you eating cereal every day for lunch; inevitably comments like ‘CEREAL AGAIN?!’ or ‘WAH HOW LONG ARE YOU GOING TO KEEP THIS UP MAN?’ became commonplace.  For me it wasn’t a fad; it was the means to an end.

I’ve always found myself to be compulsive when it comes to certain things and I guess in this case it helped.  The first time I stepped on a scale after a week of dieting, I was half hoping that dieting wouldn’t work so at least I could tell myself I tried but it didn’t work, oh well… Darn, it did work, and it continued working.  I was losing about 1-2kg/week demonstrating how effective dieting can be (and how bad my previous diet used to be).  Needless to say the results were encouraging and I decided, time to exercise and get that weight down even faster! After all, diet and exercise was something that I had been preaching for so many years, they should go hand in hand, right?  Not for me.  I remember going down to Clementi Stadium one evening after work in running gear thoroughly impressed with my resolve.  Crossing the overhead bridge. I already felt a little winded but I told myself it’s just cos I hadn’t warmed up yet.  It would get better.  The run started and I remembered why I had stopped running for almost 13 years, I hated it.  I got winded. My mouth got dry.  My muscles began to ache.  Even worse, I was being overtaken by little children and older folks.  I had always considered myself to be in ‘okay’ shape before that but it was a real eye-opener.  After just 2km, I decided to call it quits.  My lungs screamed, my legs heart and my knees wobbled all the way back across that darn overhead bridge back to my car. 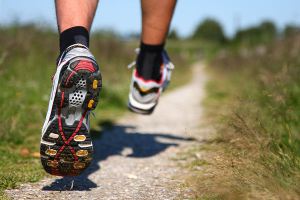 Deflated and discouraged I then tried to figure out what had gone wrong.  I just wasn’t ready, simple as that.  I tried to do too much, too early.  I knew if I didn’t stop, I would have injured myself and set myself back even further.  After all, my pride had already taken quite the beating.  Since my dieting was working, I then decided to concentrate on that first and it worked.  Sure it was difficult but the scales didn’t lie, it was encouraging so that’s where I put all my energy and discipline and by the end of the first month I had lost almost 6kg.  After losing 12kg at my new weight of 80kg, I was feeling infinitely lighter and more energetic.  That’s when I decided to give running another try.  Back to the dreaded stadium track I went and this time it was so much easier.  Putting things in perspective, running with the additional 12kg on me was like piggy backing by kid for my entire run – not something i would recommend anyone to do! I managed to finish my first 2.4km run in almost 13 years eventhough there were still little children and older folks overtaking me.

People had begun to take notice of my significant weight loss too and it was encouraging but the best part is you really do feel lighter on your feet and more energetic.  By then I had already gotten used to my new diet and I actually looked forward to my lunch time cereal and fresh fruit.  I also started allowing myself some snacks and the occasional supper as well. As I approached my target weight, I went back to taking normal fare for lunch and anybody who has sat down with me at a buffet will testify that I still have a very healthy appetite and can indulge with the best of them.  The difference is I actually have a food conscience nowadays and I actually feel just a little bit guilty when I overeat.  I still exercise (running and basketball) on a regular basis albeit a bit less frequently then I did at my stage of peak activity.  The good news is my weight has been keeping stable, I feel I haven’t overdone it, I can go back to a normal (healthy) diet and I know I’m definitely healthier after having gone through this whole process.

I’m sure my family appreciates that I did this and I appreciate my family for having motivated me through the whole thing.  There is no exact science or magical formula to getting to your target weight; everyone will have their own comfort level at doing things.  It’s sort of like shooting a basketball.  Everyone’s technique may be different but as long as it works, it works.  For myself, it was important to see results to keep motivated and that is why it had to be so drastic for me.  Hey, it worked!

Here are some tips for those who may be looking to shed some extra weight: